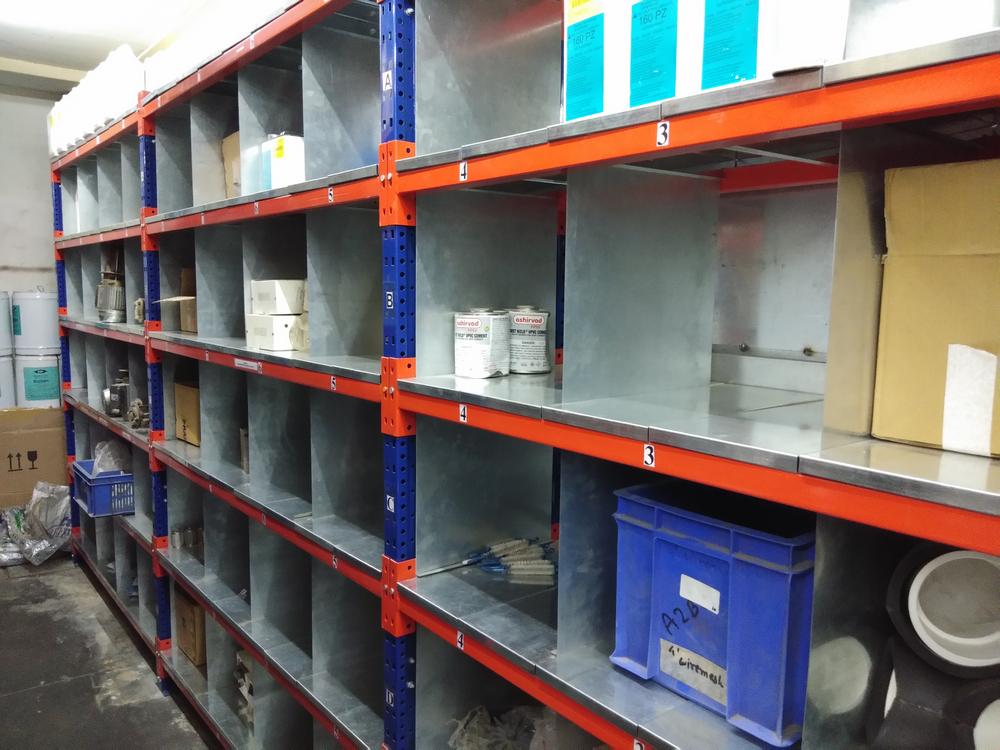 Heavy Duty rack system consist upright frame assembly, beams and sectional shelving. The frame assemblies are erected upright and the beams are hooked in to it at the required level heights. The beams are height adjustable at 75mm pitch.
The sectional shelving are placed on level created by two beams hooked at the same height in the front and rear. The shelving are inter connected. The shoe of the upright frames is anchored to the floor. The beams are locked for accidentally coming out during the storage operations.